Sent me to electric chair...Dinah Washington

Email ThisBlogThis!Share to TwitterShare to FacebookShare to Pinterest
Labels: clip 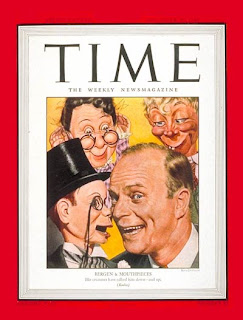 There's a bunch of episode of Edgar Bergen and Charlie McCarthy that you can listen on line at cityofrosesradio.com 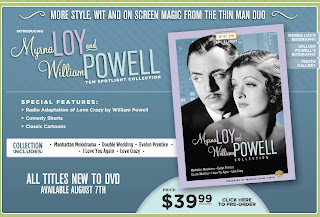 It's kind of nice to see Bette Davis got slap.. Here is a scene from "hush hush sweet charlotte"

Thursday night on TCM I was overwhelmed by 5 of Esther Williams best movie .

all of the movies is a part of a DVD box set TCM Spotlight - Esther Williams, Vol. 1 (Bathing Beauty / Easy to Wed / On an Island with You / Neptune's Daughter / Dangerous When Wet) 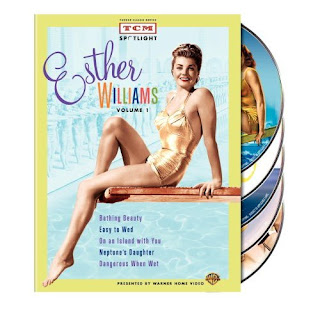 Laughs, romance, music--just add water! Get into the swim of Hollywood's Golden Era with musical number outtakes, classic shorts, cartoons, and more. Bathing Beauty: a big splash in her first starring role: Williams is a teacher at a women's college--and wacky Red Skelton enrolls to be near her. An astonishing flames-and-fountains aquatic finale. Easy to Wed: A spiffy remake of the screwball classic Libeled Lady, with Esther as the lady libeled. Van Johnson, Keenan Wynn, and Lucille Ball round out a funny four-sided love triangle. On an Island with You: Paradise for musical-comedy fans! Esther (in a series of swimsuits and sarongs) plays a film star on a tropical location shoot. With Ricardo Montalban, Cyd Charisse, and Jimmy Durante. Neptune's Daughter: The polo team's in town and so is the fun for Esther, Ricardo Montalban, Red Skelton, and Betty Garrett. Includes Frank Loesser songs and one of Esther's greatest splash-happy finales. Dangerous When Wet: Cartoon legends Tom and Jerry join Esther in the light-hearted extravaganza about a girl who swims the English Channel--and meets a dashing Frenchman (Fernando Lamas).
Posted by Jean at 7/21/2007 04:29:00 PM No comments:

Ingrid Bergman what a lady.

Email ThisBlogThis!Share to TwitterShare to FacebookShare to Pinterest
Labels: clip of the day

star of the month "George Brent" 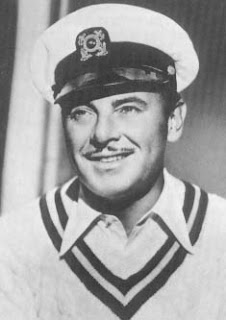 Star of the Month is back . This month featuring another star i had a crush .George Brent

As an actor, Brent featured in many "women’s movies", where most of the time all that could be seen of George was the back of his neck, the screen more focused on whom he was kissing - not bad work if you can get it and it affords you a nice boat. Some of the women kissed by Brent included Kay Francis, Barbara Stanwyck, Myrna Loy, Ann Sheridan and Bette Davis, with whom he appeared in 11 movies including Jezebel (1938) and Dark Victory (1939).

One of my favorite Brent movie is "The Rain Came"

Brent was a womaniser in Hollywood, and had a lengthy relationship with his co-star Bette Davis. He was married four times including three marriages to actresses - Ruth Chatterton (1932-1934), Constance Worth (1937) and Ann Sheridan (1942-1943). Chatterton and Sheridan were both fellow Warners Brothers players. His final marriage was to Janet Michaels, a former model and dress designer. They were married for twenty-seven years until her death in 1974. They had two children together, a son and a daughter.

Email ThisBlogThis!Share to TwitterShare to FacebookShare to Pinterest
Labels: star of the month

Barefoot in the park & Cactus Flower 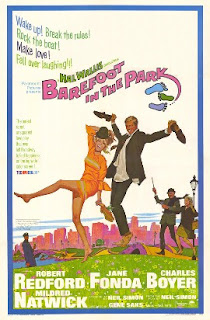 In a past twodays I ‘d watch a nice comedy that happen to directed by the same director Mr. Gene Saks


Based on Neil Simon's 1963 play of the same title, it focuses on newlyweds Corrie and Paul Bratter (Jane Fonda and Robert Redford) and their adventures living in a tiny fifth-floor walk-up apartment in a Greenwich Village brownstone. Stuffed-shirt Paul is a hard-working young attorney just starting his practice, while spontaneous bride Corrie is determined to create a romantic environment in one room with no heat, a hole in the skylight, and oddball neighbors.

The title refers to Paul's becoming drunk, throwing caution to the wind and running barefoot in Washington Square Park in response to his wife's repeated complaints about his sober and cautious demeanor.

...Mildred Natwick (who actually the best thing in the movie) reprises her stage role as the bride's mother, Charles Boyer is featured as the eccentric upstairs neighbor, and Herb Edelman appears as a telephone installer.


link
Read TCM article of Barefoot in the park

the film version of a Broadway romantic farce, was a personal triumph for its three stars: comic veteran Walter Matthau; dramatic star Ingrid Bergman in a rare comic turn; and television star Goldie Hawn, in her film debut, holding her own with her seasoned co-stars, and winning an Academy Award as Best Supporting Actress. The "cactus flower" of the title is Bergman, as Stephanie, a mousy dental assistant secretly in love with her boss, Matthau, a womanizing bachelor. When the dentist enlists her help to get rid of his much-younger girlfriend, Hawn, by pretending to be his wife, the prickly Stephanie blooms like the proverbial title plant.

The magic of Photoshop. 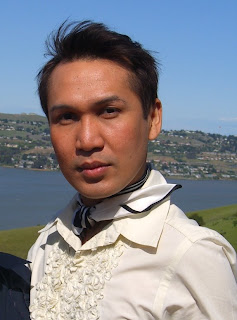